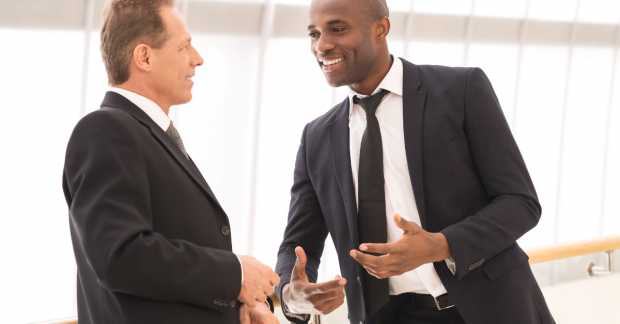 When it comes to the world of business, the art of persuasion is a skill that you have to master to succeed.

Whether it’s convincing your clients to consider your suggestions or to persuade someone to buy a product, persuasion is used daily. And, regardless of the reason, the more you try to get your point across, the more defensive the person you’re persuading can get.

Despite the popular misconception, while it’s true that a select few people are naturally persuasive, the majority of people have to work to master that skill.

To put things into perspective about how not being pushy is the most crucial part of persuasion, we have the age-old tale that perfectly describes this, and it goes as follows.

“An argument arose between the wind and the sun about who’s the strongest out of them, so they proposed a challenge to find out the answer; the one who succeeds in removing a man’s coat will be crowned the winner.

The wind blew, and it blew hard. As a result, the man clutched his coat tighter around his body and continued his journey– which is what being pushy feels like.

The sun; took a completely different approach by shining upon the path the man was walking on, which required little to no effort. Unable to bear the hot weather, the man took his coat off.”

This is a prime example that proves how being pushy can fire back, even if you have the best intentions.

Before we start to dive into the details about how one can learn the art of persuasion, we first understand why persuasion is so vital for businesses– and life in general. This skill has got a bad reputation that precedes it; some people think that persuasion is another meaning for manipulation, far from the truth.

Persuasion is all about helping people take action that is beneficial for them. A good persuader can turn anything into a win-win situation for both parties.

Get the Attention of Your Audience

Persuasion is nothing when you don’t have the attention of your audience. And the thing is, you don’t need to grab their attention; you also need to hold that attention for periods.

How can you persuade someone into doing something when that person has their mind drifting to something else the moment you open your mouth? It would help if you held their attention to let them know that your ideas are worth their time and worth listening to.

According to science, the best way to grab someone’s attention and keep them engaged for a long duration is to start by saying or doing something completely unexpected. It surprises your audience with a shock factor.

This can be done by doing something as simple as clapping or even showing an odd picture that will turn the wheels. When you’re unpredictable, you will be engaging the audience’s brain by snapping their attention.

A great example of how far this technique can go is a presentation where the presenter typed sentences on the screen instead of talking, which successfully kept the audience engaged for the duration of the presentation.

Another point that falls under being a successful persuader by capturing your audience’s attention is to tell a story. A narrative is an essential tool that can convey an experience and have the audience relate to it.

If you were to persuade someone by just using facts and statistics, chances are, you will probably lose their attention pretty quickly. Instead, use real-life stories, and add illustrations to get your point across.

A common but fatal mistake that many people tend to fall for is that they only talk about the positives while sweeping the negatives under the rug as if they didn’t exist. It’s almost guaranteed that nothing in life is solely positive, and people won’t believe you if you were to say that your idea doesn’t have any downsides.

This will eventually lead to losing your credibility, something that is incredibly difficult to gain back.

When we say share the negatives, we don’t mean just throwing them out there and leaving them at that. You have to explain how you will overcome those problems and navigate them.

It’s a proven fact that people are more likely to be persuaded when they know both sides of the argument, and that’s something that should be highly considered when you’re presenting someone with a new idea.

We have previously mentioned how you shouldn’t lose credibility. So, it’s only human nature to wonder how one can gain credibility in the first place. Credibility isn’t something that can be earned overnight; it takes time, hard work, and incredible effort.

Moreover, trust is another asset that plays a vital role in credibility. You have to make people believe that you’re worth their truth. Don’t be who’s all talk no action; prove your trust with actions so that people think what they see.

And, if you made a mistake, don’t shy away from admitting that it was your fault. Own it, fix it, and prove to people that you are trustworthy.

To know an audience is to understand their needs, values, and desires. People will respond better when they hear about something they can relate to. If you don’t know your audience, you won’t know the correct way to get your message across.

Successful persuaders know their audience, and they know them well. By doing so, they use that knowledge to speak a language that their audience can understand. If you’re talking to someone who is more on the shy side, toning down your assertiveness is the most effective way to speak to them.

On the other side of the spectrum, taking a more assertive or aggressive approach is the way to go if you’re talking to someone who’s the high-energy type.

Body language is a helpful tool you can use in any conversation to add strength to your verbal message. Being aware of your gestures, expressions, and even your voice’s tone is essential for persuasion.

For example, if you talk with your arms crossed, people will perceive them as angry and defensive. If you avoid eye contact, they will think that you’re hiding something.

If you don’t stand still when you’re talking, they will see you as weak. Instead, use positive body language to reel your audience in and convince them that you have something worth their time.

So, uncross those arms, use an enthusiastic tone when you speak, and maintain eye contact to draw the recipients in and keep them engaged.

Know When to Step Back

Not knowing when to stop back is a detrimental mistake that people fail to recognize. Studies had shown that when you impatiently force people to agree with you, they will stand their ground even more– even if they were about to agree right before you tried forcing them.

When you have a strong position, there will be no need to force someone to agree. If you do so, those will immediately retaliate in favor of their own. As they always say, the greatest of ideas are the most difficult to process, so giving people time to process them will eventually benefit your own good.

Take Yourself Out Of the Equation

To be a successful persuader, you need to take yourself out of the equation and put yourself in your audience’s shoes.

Ask yourself how your idea can be beneficial to the other party, and why would someone listen to your thoughts instead of going with the other alternative? You have to let your audience know that you care about them and have their best interest in mind.

Most importantly, not being pushy is easier said than done. There’s no doubt that people who are aggressive and use an in-your-face approach will cause others to backpedal and run for the hills the first chance they get.

You don’t want to come across as being too aggressive; you need to be confident and calm. All in all, if your idea is good, people will likely catch on sooner than later. 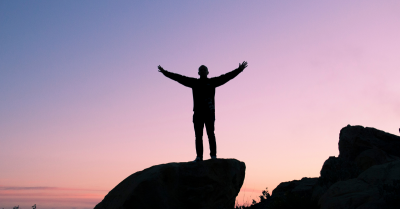 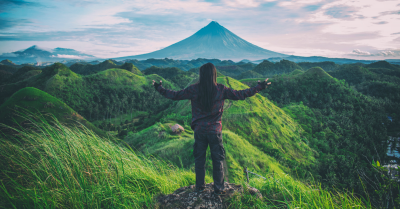 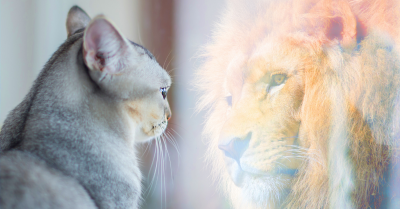