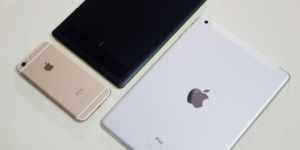 Steve Jobs is the authorized self-titled biography book of Steve Jobs. The book was written at the request of Jobs by Walter Isaacson, a former executive at CNN and TIME who has written best-selling biographies of Benjamin Franklin and Albert Einstein.

Walter Isaacson (born May 20, 1952) is an American writer and journalist. He is the University Professor of History at Tulane University. He has been the President and CEO of the Aspen Institute, a nonpartisan educational and policy studies organization based in Washington, D.C., chairman and CEO of CNN and Managing Editor of Time. He has written biographies of Leonardo da Vinci, Steve Jobs, Benjamin Franklin, Albert Einstein, and Henry Kissinger.

Surround yourself with people with similar ideas to yours

Jobs’ business partner and co-inventor; Steve Wozniak (Woz). Jobs and Wozniak met at school when they were studying in the same class as electronic. They realized that they had similar ideologies and goals. Jobs was four years younger than Wozniak. The two build an eternal working and friendship that transformed the technology industry for a long time.

In 1972 Jobs was introduced to Chrisann Brennan, who later became his girlfriend. It is during this time that Jobs started researching with several changes to his way of life, which included vegetarianism and his obsession with LSD. The addiction made him hallucinate. He joined the college in the same year, 1972. His foster parents tried to convince him to join Stamford or Berkley college, but he refused. His preference was Reed College, where he studied for two years and left to start working.

Be determined and have the right attitude

Jobs was arrogant and had a flamboyant attitude that he purged in Atari and demanded to be employed. At his working place, people did not want to work with him due to his arrogance and the odor his body was emitting. He was relegated to the night shift. Jobs gained experience that will make him work in any company, including his prominent tech organization globally.

Steve Jobs was very determined. Once he decided something, he will work on it until it became a reality just as he worked hard to establish the Apple company, which did not make him rich. He invested in Pixar persistently and persistently, which made him a billionaire. Jobs would talk to the engineers he was working with to work for some more hours to ensure the project took little time.

There is no smooth road to success. While working for Hewlett-Packard, Jobs was able to access resources that helped him work on his first Apple computer and polish it to his design. Despite the individual and professional drawbacks, for example, the disagreement spearheaded by the Wozniak’s father who had concerns that Wozniak would not receive equity and respect ass jobs, competition from IBM and losses, jobs managed to develop the recognition and functionality of the company with the launch of Mac in 1984.

Being successful does not need one to come from a wealthy family. Jobs had a humble background. However, through education, Jobs was able to realize his creative capability that let him be among the greatest innovator in the technology industry. He grew from grass to grace, given the challenges he faced.

Jobs was one of the prominent inventors in the 20th century. His contributions towards the innovation of electronic gadgets such as the PCs, the tablet, and smartphones will influence forthcoming generations. It takes a passion for the ideas one has to work on them to make them a reality.

What to Read Next? Money Master the Game Summary