Little Things That Can Change Your Life...And Maybe The World 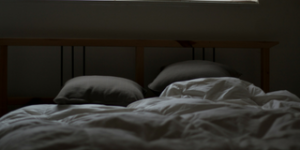 If you want to change the world, start by making your bed. On May 17, 2014, Admiral William H. McRaven addressed the graduating class of the University of Texas at Austin.

William Harry McRaven is a retired United States Navy admiral who last served as the ninth commander of the United States Special Operations Command from August 8, 2011, to August 28, 2014. From 2015 to 2018, he was the chancellor of The University of Texas System.